Common Motorcycle Accidents and Their Causes 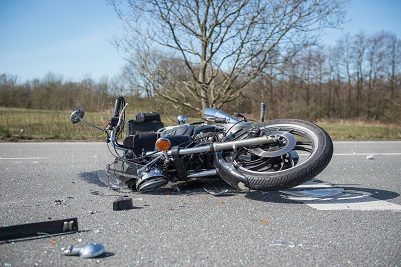 Accidents are always on the mind for many motorcyclists. In a split second, an accident could change your life. Some accidents are caused by the rider, while others are the fault of motorists. Many accidents happen because of a combination of errors by both the rider and motorist. In the end, what matters most is anticipating how accidents happen and how to avoid them. Here are a few tips to keep you safe on the road.

A motorist who changes lanes without looking is the bane of riders. A good defensive action is to limit your time in blind spots where drivers are less likely to see you, but even outside of these areas you are at risk. Unfortunately, many drivers do not use turn signals as they should, so you need to look for other signs. Slight weaving or drifting to a side of the lane could be a sign that a lane change is coming. Use caution when seeing such behavior.

Intersections come with higher levels of danger for motorcyclists. Both left turns and right turns can suddenly put a vehicle in the pathway of an oncoming motorcyclist. A rider should always approach an intersection with a degree of caution and heightened awareness. It’s often recommended that motorcyclists look at the position of the tires of a vehicle to get a read of what the motorist plans to do.

Every parking lot driveway poses the potential for a vehicle that may suddenly emerge. Both driveways on busy streets and quiet roads come with their own dangers. On busy streets, motorists may be tempted to dart out quickly to beat the traffic. On quiet roads, many drivers assume nobody is coming and drive with less focus on the road. Either way, you could be caught off guard to an emerging danger. Like most situations, heightened awareness is your best defense. 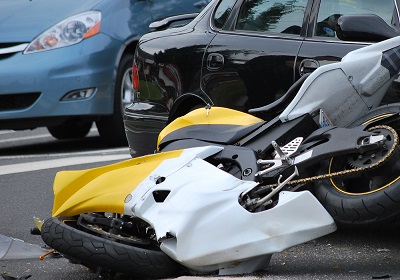 A sudden stop by either you or another driver can end up badly. Your best defense is to keep a safe distance between you and the vehicle in front. More distance gives you more opportunity to react. Of course, you have less control over the driver who tailgates you from behind. In those situations, take action as soon as you can to remove yourself from that position.

A nightmarish situation is being stopped at a traffic light with a car in front of you and a high-speed vehicle coming from behind. If in your judgment the oncoming vehicle may not stop in time, take immediate action to move around the vehicle in front. To do this, you should always leave enough space between you and the stopped vehicle so that you don’t become trapped without the ability to move.

If traffic is moving slowly or stopped altogether, you might be tempted to travel in the space between the traffic and the parked cars. This action puts you in danger of car doors that suddenly swing open from the parked lane. Both car drivers and passengers are often in a daydream state when opening doors. Children in the backseat of a car commonly open doors without looking. Your best defense is to not travel in this space, no matter how slowly the traffic lane is traveling.

Stay Aware out There

Avoiding many motorcycle accidents comes down to heightened awareness on the motorcyclists’ part. Your safety is heavily dependent on anticipating what motorists may do on the road. By doing so, you’ll avoid many accidents and enjoy a safe homecoming. That’s what’s most important.